N.C. State Keys to Vic..aw hell honey will you bring me a beer?

Ramble with me, will you?

Share All sharing options for: N.C. State Keys to Vic..aw hell honey will you bring me a beer?

As I have proven time and time again in this space, accurate predictions are not really my bag. For example, after losing seven--count ‘em, SEVEN--defensive players to the NFL draft, not to mention quarterback E.J. Manuel, a first round pick, I would have prognosticated a precipitous fall off for Florida State this year. In fact, I remember a preseason discussion about which games were winnable that saw yours truly make the case that the Seminoles should be beatable yet again this year. After all, N.C. State has nearly broken even in the series for over a decade and a half (7-8 during that stretch, to be exact). So, with all of FSU's NFL attrition and a new coaching staff supposedly bringing a heightened level of competency to N.C. State, why not go on and knot this annual skirmish at eight apiece?

Jameis Winston. He's why not. Even in the wildest of Nole wet dreams, I'm not sure his Heismanship could have been anticipated. Just a redshirt freshman, Winston ranks second in the FBS in passer rating (210.4), second in yards per attempt (12), third in touchdowns (20, against just three INTs), and sixth in completion percentage (71.3). Calling him "the real deal" is an insult. "The real deal" longs to be renamed "the Jameis Winston."

Winston, with FSU's usual stable of ridiculously fast playmakers at running back and receiver, orchestrates an offense that averages 8.17 yards per play, a mark that's good for third nationally behind those space-age outfits at Baylor (9.03) and Oregon (8.28). If N.C. State was looking anything like something other than just another middling TOB team (apparently it is going to take several rounds of antibiotics in the form of recruiting to rid ourselves of the TOB bacteria), I might thump my chest and proclaim that FSU hasn't played anybody. But, as you may have heard, the Seminoles played then #3 Clemson at Clemson and did unto Clemson what they have been doing unto everybody. And Clemson is a lot better than us. So. Beer.

There is a sliver of hope (and by slivers we're actually talking about a picometer-width* opening that doesn't even allow perceptible light to filter through). I have absolutely no idea how N.C. State can possibly slow the Winston Show, but the FSU defense has in fact taken a barely perceptible step backwards without Bjoern Werner (1st round), Xavier Rhodes (1st round), Tank Carradine (2nd round), Brandon Jenkins (5th round), Nick Moody (6th round), Vince Williams (6th round), Everett Dawkins (7th round), and like five other guys who were good, got some playing time last year, but didn't get drafted.

Basically, FSU replaced the whole motherscratching lot of its defenders, and the result has been a decline in effectiveness against the run (3.28 yards per carry allowed in 2013, 2.74 last year), a decline in effectiveness against the pass (102.14 opponents' passer rating in 2013, 95.42 last year), and a slight decline in sacks (2.33 per game this year compared to 2.57 last year). The Noles ranked third, first, and 25th, respectively, in those categories a year ago; this year they rank 21st, 8th, and 40th. How they can go from dominant to still really, really good with all of those losses is certainly a testament to Jimbo and staff's recruiting and, of course, the talent available to them in the Sunshine State. (North Carolina, being the Cigarette State, is just not that appealing to recruits).

Ah, but let us look further inside those numbers, because numbers only lie when twisted around to make an argument. FSU has yet to play a team that ranks better than 66th in the country in yards per carry. Oddly enough, Maryland is that 66th ranked team at 4.37 yards per tote, and FSU had its best performance against the Terps, holding them to a pathetic 1.32 yards per rush. But let's dig even deeper, because exercise is good for you. C.J. Brown got concussed early in the second quarter of that game. At the time, the Terps were hanging around, down 14-0, and not looking totally overmatched. They even got into field goal range once! But without their starting quarterback, everything unraveled.

So, I am using my poetic license** to decree that Maryland has a better day on the ground with Brown. We're gonna just toss those inconvenient stats out. Here's FSU vs. everybody else:

The first thing that jumps out at you is that Clemson is surprisingly terrible at running the football. Huh. The other thing you notice is that FSU has not exactly totally, completely shut people the F down on the ground. The Eagles even did better against the Noles on the ground than they average overall on a per carry basis. There's your picometer right there.

To say that N.C. State has vastly improved its running game this season would be akin to saying that someone sentenced to serving 99 consecutive life sentences had their sentence reduced to 95 consecutive life sentences. There was really nowhere to go but up after the Pack managed 3.07 yards per carry last year, good for 114th in all the land. This year the team is matriculating at a more respectable 4.10 per carry pace, but that's still not even good enough to get them to the middle of the pack nationally, and it drops to 3.62 yards per carry against conference foes.

Regardless of the results, they are committed to trying to run it; the Pack's 43.67 carries per game rank 27th nationally. If they can somehow manage to match BC's success on the ground, churning out four or more yards with regularity, the Pack has a chance to win the time of possession battle. TOP is about as worthless as a TOB TOBing on the back of a unicorn; that is to say, you live in a fantasy world if you think dominating the time of possession necessarily correlates with victory. But it might help.

So here's the formula (not to win, but to beat the spread by two touchdowns and still get blown out): run, run, run. And snap the ball with two seconds on the play clock. Basically, bring in Hoos' hoops coach Tony Bennett to guest coordinate the offense. Because the best defense against Jameis Winston is to shorten the game and keep him off the field. Maybe it doesn't matter. Maybe he saunters out on to the field and engineers nothing but two-play, 73-yard scoring drives all afternoon. But maybe, if you can get an early stop or two and hog the hell out of the ball, the young man can't get into a rhythm. He gets a little frustrated in front of spear-chucking Bobby B and all those alumni. He gets a little tight with the hopes of Noles' nation and a national title riding on his sinewy shoulders. He forces things a bit. He proves to be human.

And N.C. State hangs around, gains confidence. The Nole defenders crowd the box. After suckering them with play action, Brandon Mitchell doesn't miss the wide open man 10 yards beyond the defense à la Pete Thomas. FSU has to dust off its seldom-used punter and he shanks a kick or botches a snap. Rashard Smith, Jonathan Alston, or whoever is back there busts a kick return for more than 14 yards for the first time all year after one of Roberto Aguayo's pathetically short kickoffs***. Howabout a pick six for Jack Tocho, who is averaging two interceptions per half in his lone start this season? Oh yes, I can see it. I can almost taste the satisfaction of watching the final seconds tick away in a Florida State win that was much, much closer than anyone ever imagined. Final score: FSU 42, NCSU 24.

*One picometer = one trillionth of a meter

**I was actually issued my poetic license by William Carlos Williams, shortly before his death in 1963 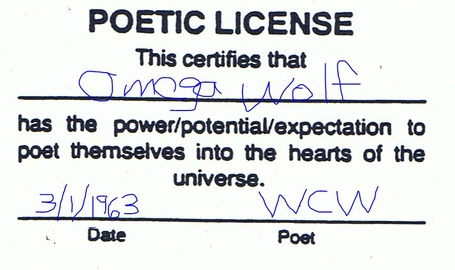 ***Aguayo, who is replacing yet another FSU NFL draftee, Dustin Hopkins (sixth round, Bills), is 10-for-10 on field goals this year. Only eight FBS kickers remain perfect and none have as many attempts as Aguayo, but he is also averaging less than 60 yards per kickoff and fails to rank in the top 100 in the FBS in average kickoff distance. He's even shanked two out of bounds.

Bonus table! Here's how the teams matchup according to the Football Outsiders' F+ team rankings:

So I guess we have a chance if we can make this a special teams' battle! Now, back to the drinking.