We had another baby last night. It's our third so it's not a big deal. We probably won't even name it. I only bring it up because it was a boy, which means the constant battle to keep powder-blue clothing off my child has begun. I lost focus early but have recovered well: 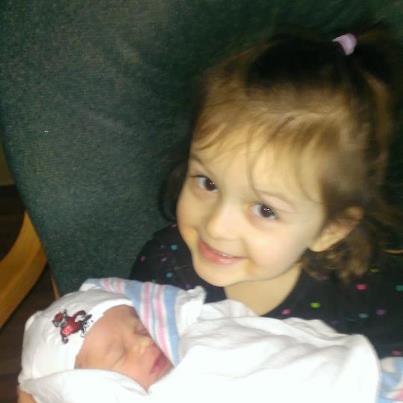 So since I am stuck in a hospital room for the next 36 hours or so, I thought I might as well start getting ready for Saturday's game. I decided to share my findings in case some of you have jobs or serious drinking problems that keep you from getting such an early start. I am sure Akula will fill us in on the personnel, four factors, etc. I am going to take a different angle.

I went through a ton of stats and I looked for stat lines that appeared to show a clear advantage for one team or the other. The fact that these two teams have very similar SOS rankings means that we can look at these stats without having to worry as much about how they were affected by the level of competition. Below is a chart showing the most glaring statistical discrepancies. After that you will find my breakdown of the importance and impact of each factor assuming a 70 possession game:

(National Rank)
*Floor %: the % of possessions that end in at least 1 point being scored
**3pt FG Point%: The % of total points that come from three pointers

Floor %: (Defense) This basically means that UNC will score on 3.5 more possessions than will the Wolfpack. This could be particularly bad considering UNC is very likely to make those 3-pointers rather than 1-pointers.

3-point Fg%: (Defense) There is some luck to this stat, but it appears as if we are going strength for strength here. They shoot a ton of 3's and we, apparently, defend the 3pt line well. Their bad 3Pt% defense would have less of an impact since we don't take many.

FT%: (Defense) I only included this because I assume Roy is proud of it. Lucky bitches.

FT Rate: (Offense) Now we are getting somewhere. This is almost purely a style-of-play thing. Our boys take the damn ball to the damn hole! The Heels on the other hand... 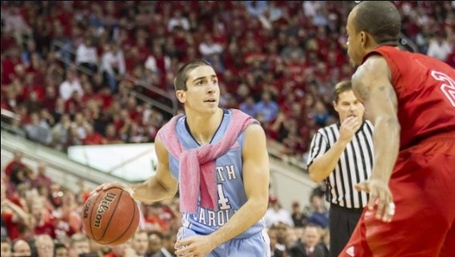 3pt FG Point%: (Both) I find this to be the stat of the game. The 3-point shot accounts for a much larger slice of their offensive output as well as that of their opponents. Games rarely come down to just one factor and this one will likely be no exception. However, you can safely say that the 3-point shot is much more important to them than it is to us. If they hit less than 30% they have little chance of winning the game.

Assist %: (Offensive) Don't know what to make of this. I am tempted to think that it is a style-of-play thing and not really a good/bad thing. Maybe that's just because they are so much better than us at it. No way man. Miami and Michigan suck at it too and they are awesome, so you can keep all your fancy assists Tarholes!

Turnover %: (Defense) So this is kinda bad. 4.3% seems nearly statistically irrelevant. However, it would mean that we will turn the ball over 3 more times than they will. That does not seem irrelevant.

Rebounding: (Both) This was not in my chart. Mainly because it is tough to look at, but also because the margins are much smaller when you look at the conference-only numbers. The takeaway is this: We are as good at them at offensive rebounding and they are slightly better than us at defensive rebounding.