UNC fan's car gets stuck on stairs at NC State

Share All sharing options for: UNC fan's car gets stuck on stairs at NC State

Here at Backing The Pack we like to cover all corners of NC State, which is to say that when some guy or gal in a Mercedes with UNC plates attempts to drive down stairs on central campus, we are going to use every available resource to cover it.

This is not how I would typically try to make my way to Tucker Beach, but it is one way, I guess.

It would be a UNC fan who would attempt to drive their Mercedes down a flight of stairs pic.twitter.com/KuFm1L2uwN

only at nc state 😒 pic.twitter.com/vWttwRpeMJ 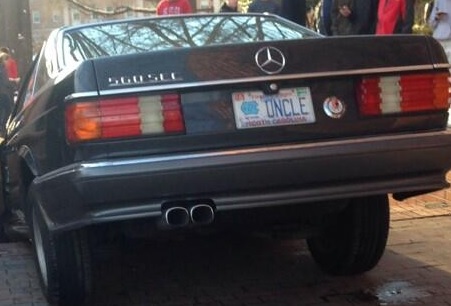 The methods for handing off illegal benefits from boosters to scholarship athletes are getting more elaborate all the time. Obviously there is too much heat around UNC's campus these days (an HBO crew was supposedly there this week!), so they have resorted to shifting these nefarious transactions to Raleigh. That might seem at first like a huge assumption on my part, but years and years of parking infractions insist quite compellingly that a UNC athlete was behind the wheel of this Mercedes.

Shoot, that's a tough break, what with this going public just a couple days before a big basketball game. They got a real problem over there, man.