Next up for N. C. State after demolishing number 2 ranked Maryland 78-60 is Washington State who beat Miami 62-47, both games being played in the Baha Mar Hoops Pink Flamingo Championship. 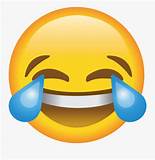 O.K. I should not make fun of them as it might come back to -well you know.

From "Lobo's Look" at herhoopstats, State has a 94.9% win probability because the game is played at a neutral site. State is predicted to win by 20.5 points (76-55.5). The Her Hoop Stats Ratings value for WST is 13.2 with a Rank of 70/356. For NCSU the Her Hoop Stats Rating value is 43.1 and their rank is now 2/356. As one can see, Lobo now has State as the number 2 best team in Division I with South Carolina being 1st. Note that the stats at this website does not take into account WST's win over Miami which warrennolan does.

State should win by near 20 as predicted by both warrennolan and "Lobo's Look".

Next game for State is at Indiana on Thursday December 2nd. State is looking for revenge from last season's loss to them in the round of 16 in the NCAA tournament. Indiana returns all starters from that game as does State; however, Kayla Jones will be playing and State has added Diamond Johnson. Advantage should go to State but playing at Indiana might make that advantage nil.