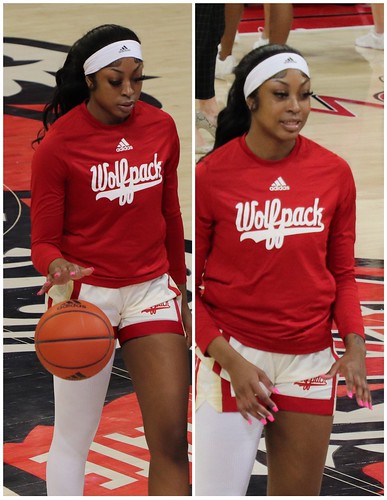 On January 9th ESPN Women's Basketball released M.A. Voepel's Power Rankings for the week. N. C. State due to the B. C. loss (B.C. got the win of the week for this) even with the win over UVA dropped from 9th to 14th. Voepel wrote this about State:

Guard Diamond Johnson back on the floor was a welcome sight for Wolfpack fans. Her return from injury wasn't enough in Thursday's loss to Boston College, but she was one of five NC State players to score in double figures in Sunday's victory over Virginia. The ACC is so tough the Wolfpack might be challenged to stay in the Power Rankings.

The two teams above State are Duke at 9 and Notre Dame at 7. VaTech, UNC and Louisville have all dropped out of the rankings.

State plays at FSU on Thursday January 12th at 6 p.m. The game will be telecast on the ACC Network.

With regard to conference stats found at theacc.com, FSU has the highest scoring average per game at 87.3 ppg while State is 4th at 77.3 ppg. For defense State is 7th allowing 59.7 ppg while FSU is last allowing 67.4 ppg. FSU's Ta'Niya Latson leads the conference in scoring at 24.7 ppg. FSU's field goal percentage is 427 while State's is 432. State shoots 302 from the arc while FSU shoots 405.

What is surprising is that FSU is so good keeping in mind the exodus of players after last season and the retirement of longtime coach Sue Semrau. I look for River Baldwin to have an impact in this game being a transfer from FSU. I also look forward to Madison Hayes and Saniya Rivers guarding Latson. Still calling this game as a toss-up.