Share All sharing options for: Robert Smith Turns In Exceptional Performance Against Clemson

As with any game called by Mike Patrick, certain mistakes will be made. A classic Patrick moment occurred late in the third quarter when the Pack's Earl Wolff picked off a Tajh Boyd pass. Apparently it was actually one "Robert Smith" who made that pick, according to Patrick--here's the video.

There is no one by the name Robert Smith on NC State's roster. (There is a safety on Clemson's roster whose number is 27. His name is, of course, Robert Smith.) The mistake is not without its benefits, since now I can start a meme of Earl Wolff photos featuring lyrics from The Cure. 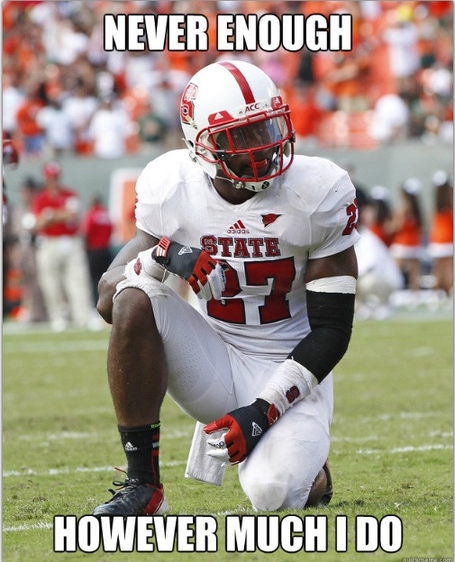 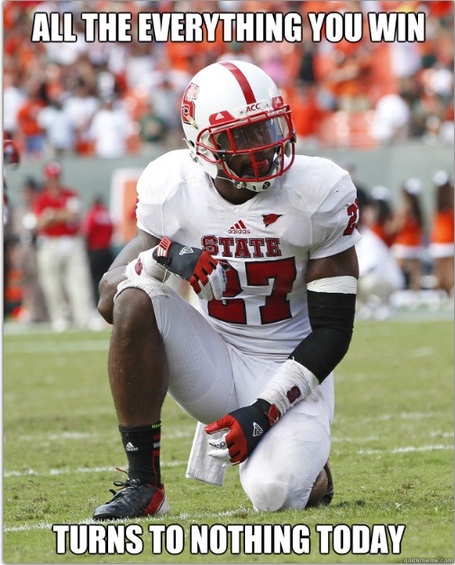