The Tone Of NC State Football Recruiting Has Changed A Smidge

Share All sharing options for: The Tone Of NC State Football Recruiting Has Changed A Smidge

Dexter Wright is a safety prospect in the class of 2014 from Hunt High School in Wilson who is already hearing from a bunch of major college football programs. He visited NC State a couple of times last season and attended UNC's junior day, according to 247Sports.

He of course receives quite a bit of correspondence from various suitors, and NC State's new staff is doing its best to make up any ground that might have been lost when the previous staff got canned. That includes an incredible hand-written letter from Drew Hughes, who was just hired this week. (hat tip to UMwolfpack87) 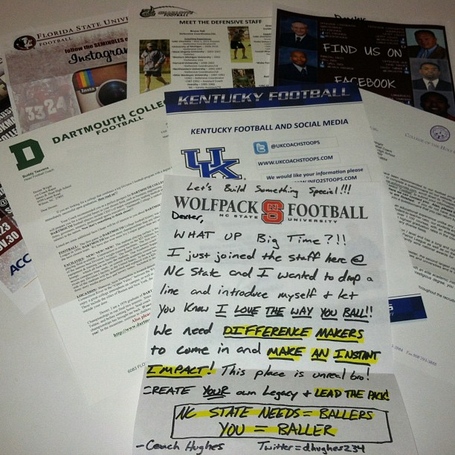 Every part of this is amazing. The amazingness-to-word percentage is at a world-record level. This letter could land on Mars and it speaks seven languages. And this is why it's helpful to have some young guys on staff to recruit. They like highlighters and exclamation points, which is key. It ain't those form letters on top of the pile. The colors, children! 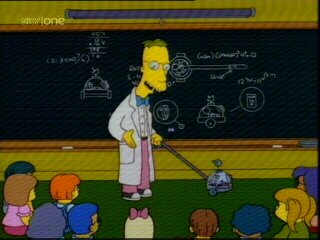 And NC State really does need ballers; on this we can all agree.

I'm pretty sure "what up, big time?" is going to be my new go-to greeting. So thanks for that, coach. You, sir, are a baller in your own right.