NC State picked up commitment No. 2 in its 2014 class over the weekend. Garrett Bradbury is a tight end/defensive end prospect and a teammate of Bo Hines, who is the other member of the 2014 class. Bradbury is not currently ranked by the major recruiting services, and I was just goofin' about it:

This Garrett Bradbury guy isn't even ranked. I was told there would be Alabama-type talent.

Whoops. For those of you not familiar with the intricacies of Twitter, this pretty much means that he considers my comment bulletin board material. Garrett, my man, you got me all wrong! I didn't mean that seriously. But do feel free to use this as motivation throughout the next few years as you develop into an All-ACC player. Then I can take all the credit. "Truthfully I was close to giving up football, but then this guy on the internet..." 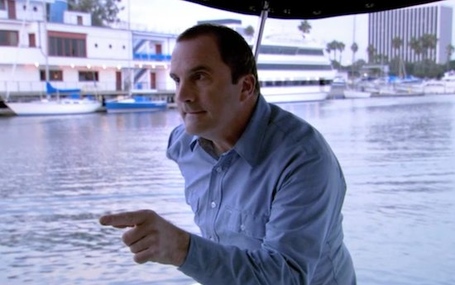 And that's why you don't make jokes. It's also why you shouldn't search your name on Twitter. Dan Dakich does that. Don't be Dan Dakich.