Share All sharing options for: It's Episode 2 of 'You Don't Know Jack,' America's new hit show

In this latest edition of "You Don't Know Jack," Jack Tocho interviews Hakim Jones, who struggles out of the gate when asked what it's like to come from a town no one's heard of. Which prompted this: 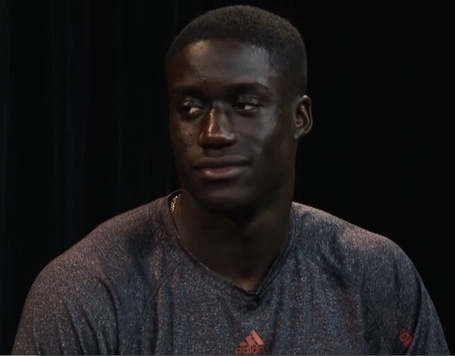 Priceless. In the next episode, I want to see him hold this look for like 15 seconds.

And Tocho's response to an answer later in the interview was so good that I had to gif it. Jones had just admitted that he wore cut up socks as sleeves on his arm when he was a freshman. (Wut.)

Should be able to get plenty of mileage out of that during the rest of this football season, I'd wager.